Henry Ford the founder of the FORD MOTOR COMPANY, a business magnate, and an American captain of Industry. Here are the top quotes of Henry Ford. Nothing is particularly hard if… Read more »

Thomas Alva Edison was a businessman and an American inventor. His inventions include phonograph, the motion picture camera, and the electric light bulb. Here are the top quotes of Thomas… Read more »

Steve Jobs was the CEO, co-founder, and chairman of Apple Inc. Also chairman and majority shareholder of PIXAR, and the founder, Chairman, and CEO of NeXT. Steve was an American… Read more »

Here are the top quotes of 14th Dalai Lama Be kind whenever possible. It is always possible. Happiness is not something ready made. It comes from your own actions…. Read more »

Albert Einstein was a German-born theoretical physicist who developed Theory of Relativity and got the Nobel prize in physics in 1921. Here are the top quotes of Albert Einstein. Try not… Read more » 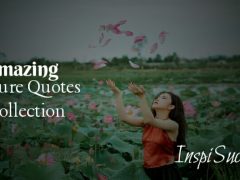 Quote of the day

How well you live makes a difference, not how long.
Latin Proverb

This error message is only visible to WordPress admins

Error: API requests are being delayed for this account. New posts will not be retrieved.

Make sure this account has posts available on instagram.com.